A Gravestone for Charlie Moore 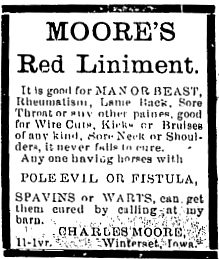 Charlie Moore was associated with Winterset and Madison County for many years. He first passed through as a Freedom Seeker around 1860 and found assistance from Madison County residents. Later he returned to Winterset for the last 50 years of his life to work in the livery business, train horses, and sell Moore’s Red Liniment which promised to be “good for man or beast.” When he died in 1920, Charlie was buried in the Winterset Cemetery.

In mid-September, 2016, a flat, square stone with his name, birth and death years, and the phrase “Followed the North Star” was put into place.  Beginning with a generous donation from the Madison County Genealogical Society which was  followed with contributions of interested citizens, 160% of the amount needed was raised.  The extra funds will be used to repair the gravestones of other Madison County residents involved in the Underground Railroad. 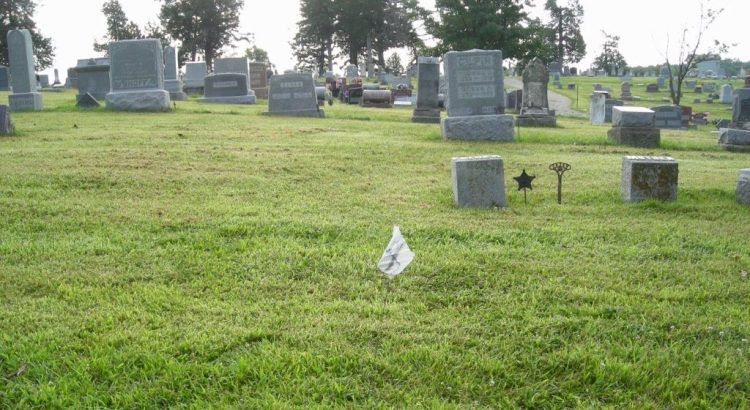 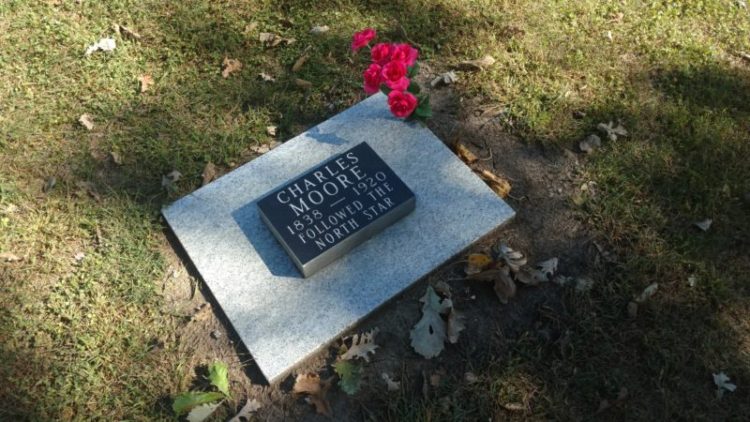 Two Visits to the McGee Home

Among the leading citizens of Douglas township was Matthew McGee and he had married Miss Caroline Kale, a daughter of Reuben and Rebecca Kale. Mrs. Nancy (Kale) Dunlap – now residing in Los Angeles – a sister of Mrs. McGee, says that her father (Reuben) used to help McGee in operating the Underground Railroad in Douglas township.

The McGee’s had a daughter, Mary, who married Carson F. Perkins. In the summer of 1926, Mrs. Perkins told my wife – who met here in Winterset, while there on a visit – much about the operation of the Underground Railroad in the home of her father, when she was a girl. She said the fugitives were hidden in the attic of their house until it seemed safe for them to be taken by night, to the next station on their way to Canada.

Once when some of them were concealed, she had a supply of hazelnuts in the attic, and, to her displeasure, she heard them cracking the nuts!

Some years thereafter, when slavery had been abolished, a negro came to their house one day and told about cracking and eating hazelnuts there, when hidden in the attic. It was Charlie Moore, who for many years was a familiar character in Winterset. During the time of his residence there, Charlie was industrious and respected.

Charlie Moore’s life was described after his death in 1920 with a two-column feature by local historian E. R. Zeller in the Winterset Madisonian. If you would like to read about this account, the two columns can be found here:

Details about the life of Charlie Moore and the actions of the Madison County Historic Preservation Commission to provide a gravestone for him in 2016 can be found in the Winterset Madisonian article by Amy Christensen, “A final resting spot for freedom seeker who followed the North Star”.